REM Phase / Plus Minus

„PLUS MINUS / REM Phase / Warsaw” is the projection of „Plus Minus” animation, broadcasted during the few-hour break of large-screen work in the city center, during the day, intensively pulsating with advertising spots. The picture is inserted into the seemingly inactive as if being an asleep medium. Then REM phase begins – the phase of dreams, the phase of deep relaxation. The screen is dreaming and the city is dreaming with it. This is a personification of the city organism, which has entered the state of rest. The presence of thousands of people crossing this crossroad during the day is being transmitted into TELEPRESENCE. In this case the “Plus Minus” animation is turning into a dream where some parts of the plot appear from time to time (Silence, The Sunblind Man, Ap Art Amen(t), The Dream, The Circle, Swim(ing), The Paradise). These can be developed in someone’s imagination, they can be treated as one of the lots of non-significant episodes, the reverie. The composition is open with its character. As the film takes some time, viewers will probably watch just a piece of it, the one they have come across. How long they watch the film will depend on how close they stay to the screen or how much they are interested in the projection. The situation fortuity arises from both the place and the time of the broadcast. This is the dream watch in reality. 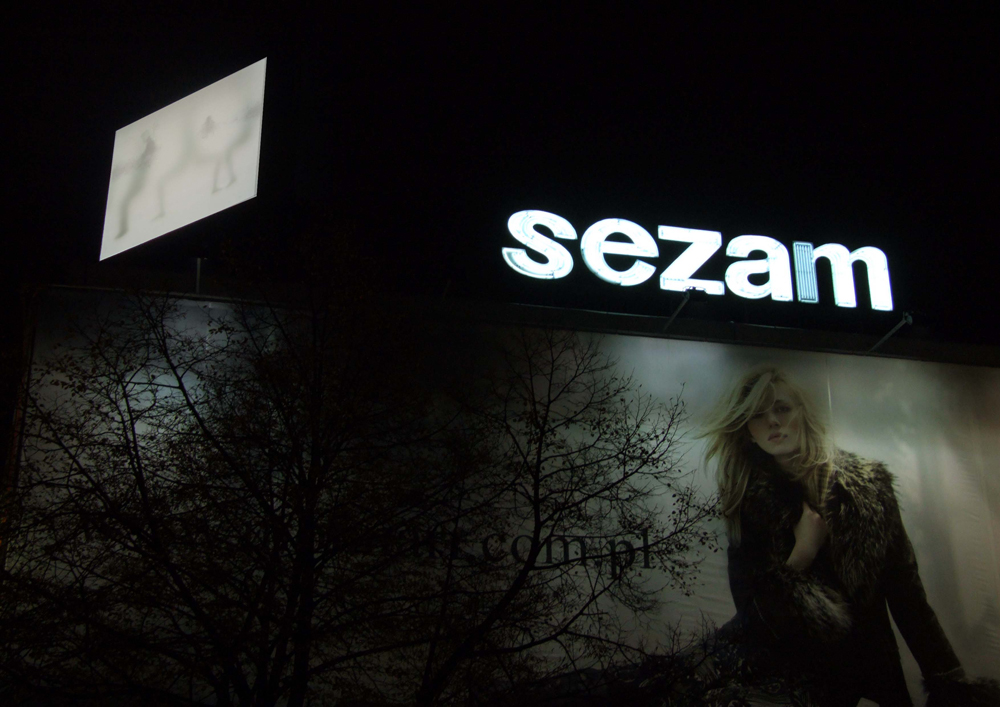 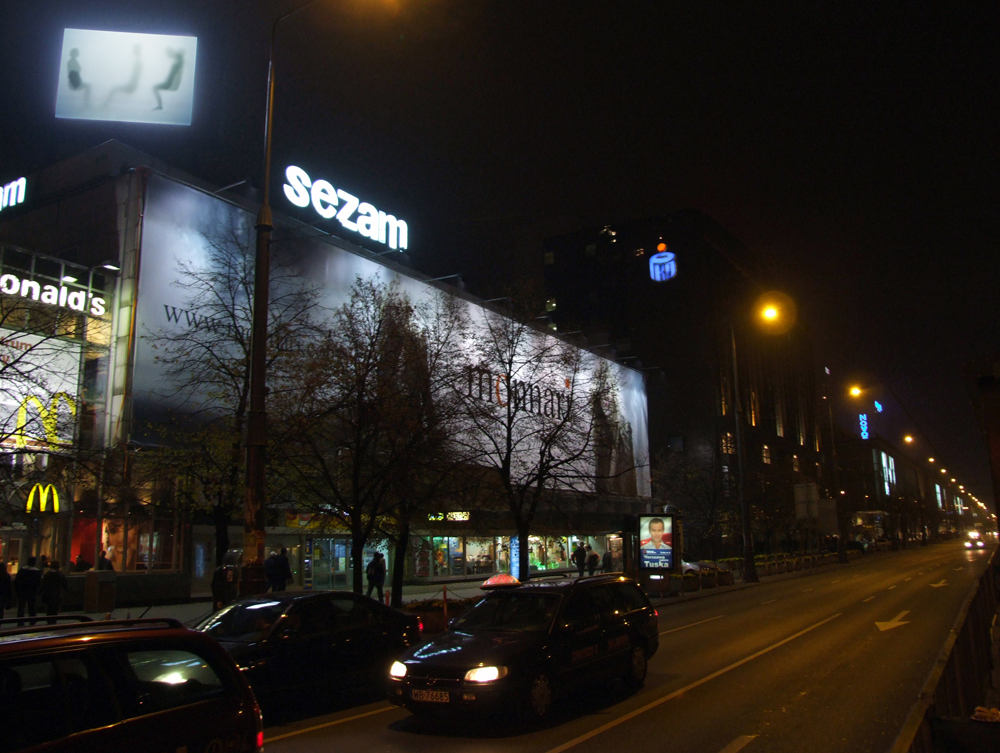 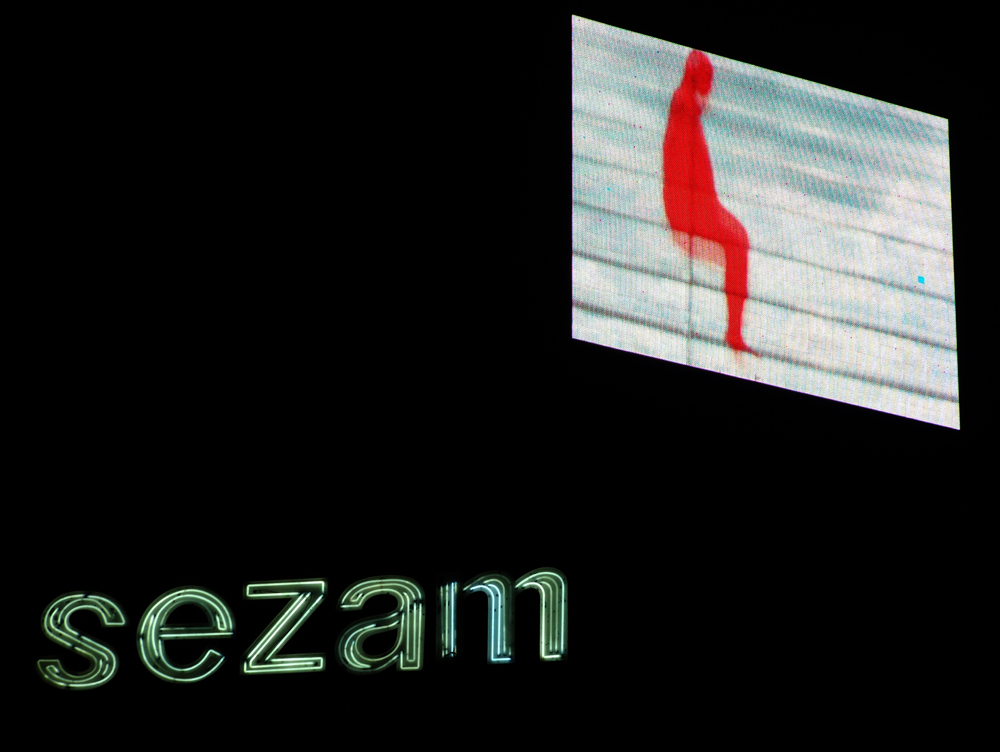 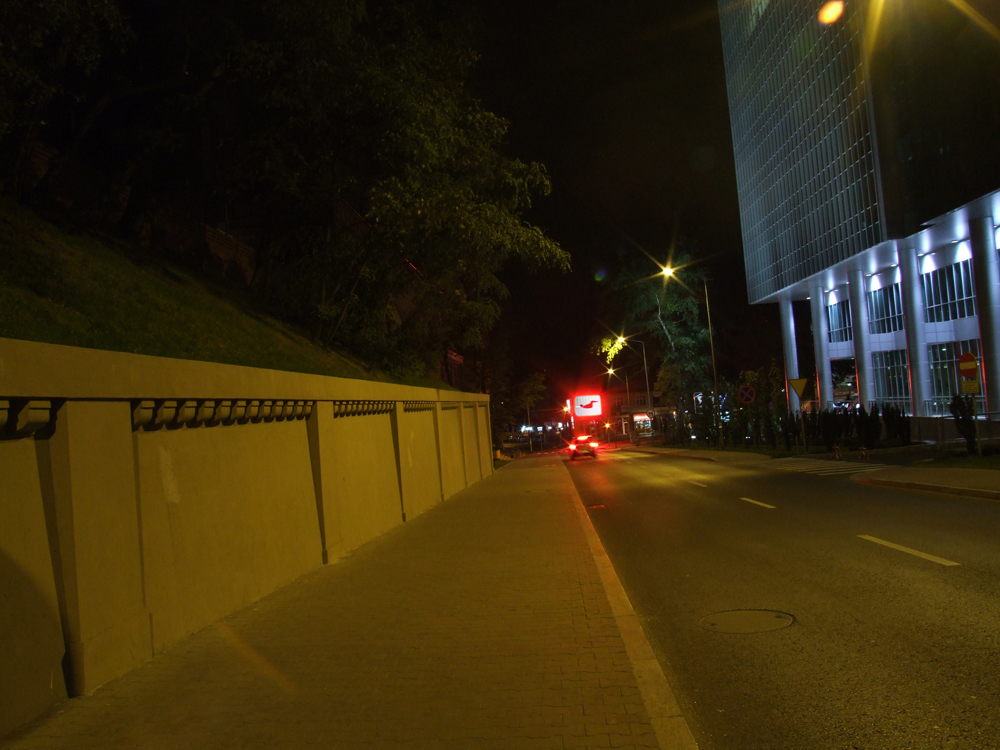 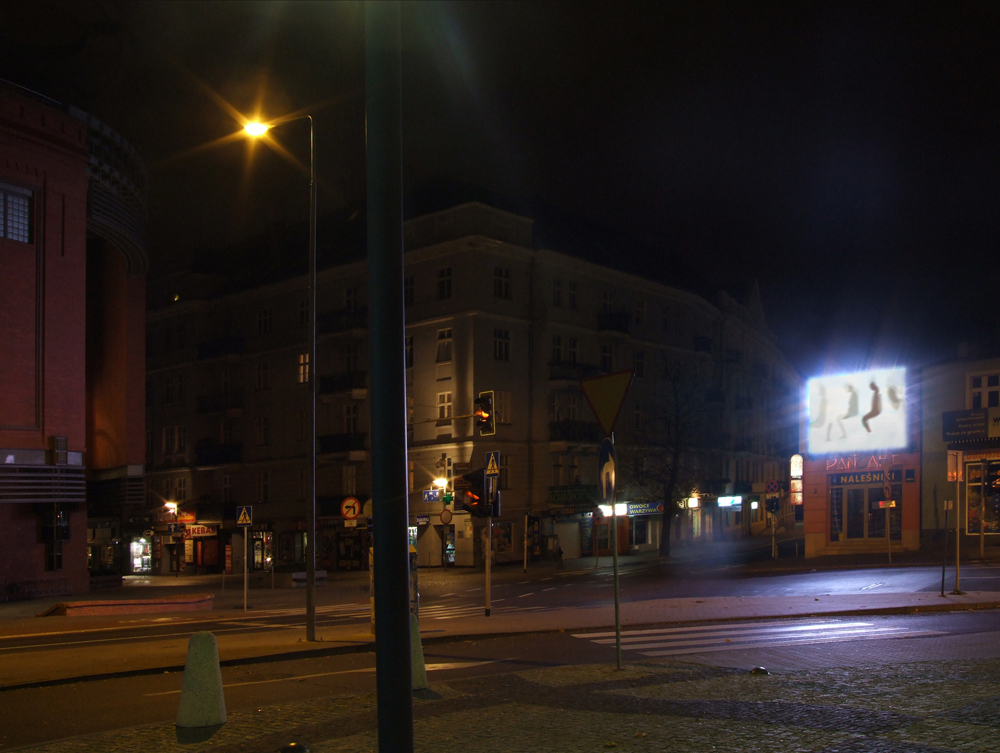 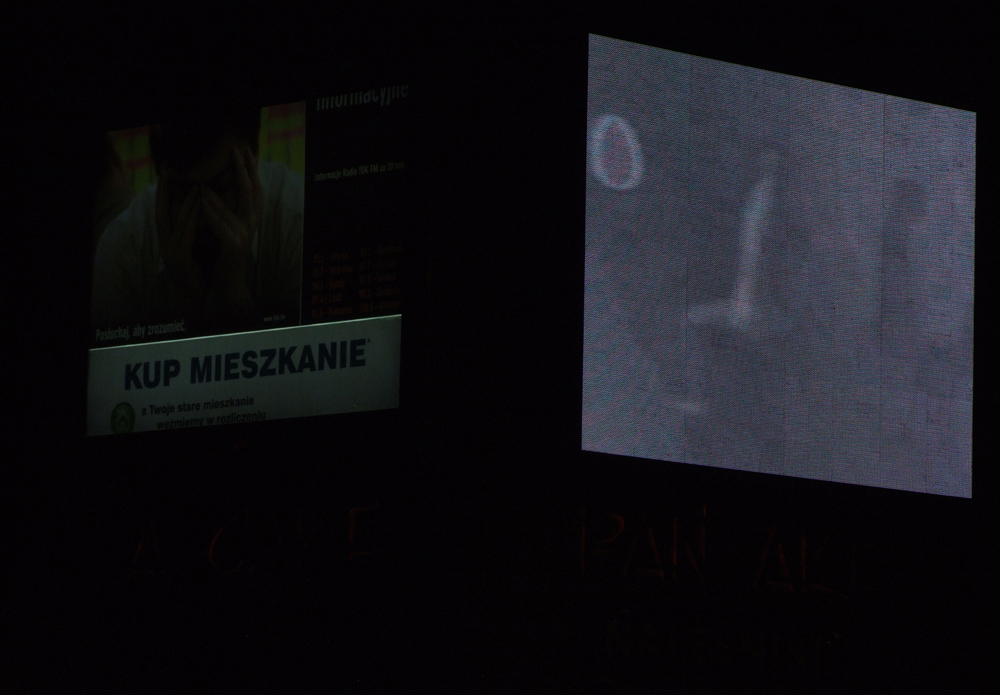 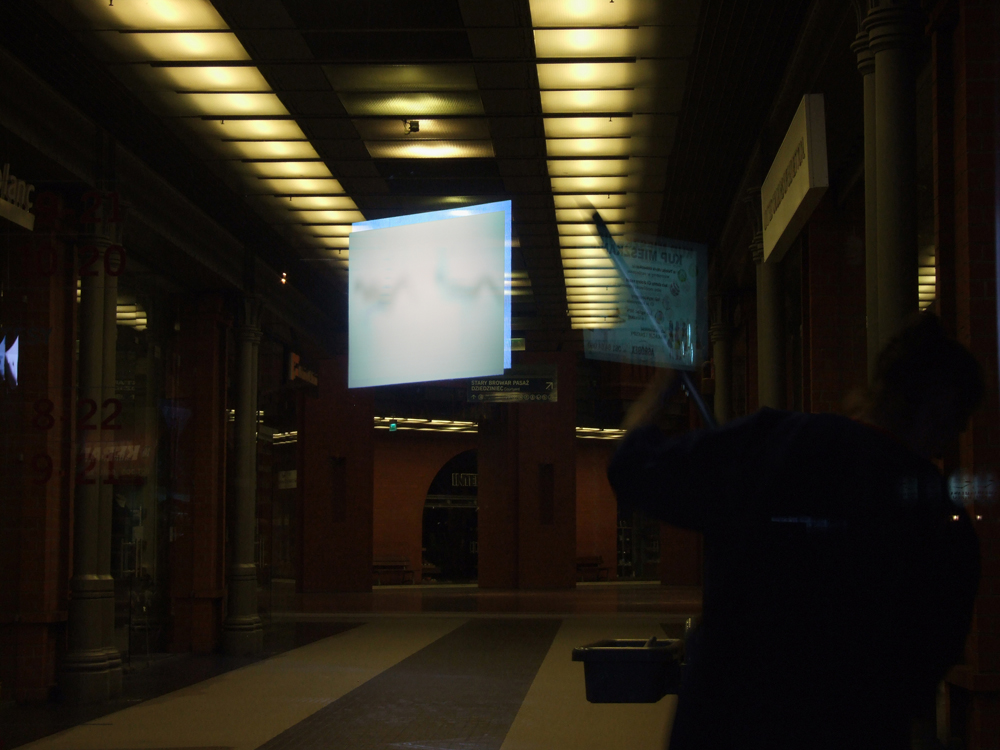