..." The Red List of Threatened Species - a series of drawings created since 2014, covering representations of endangered architecture under symbolic protection of a vascularised red web; the name refers to the Red List Of Threatened Species published by the International Union for Conservation of Nature; the first drawings in the series were created in connection with the project of the gallery 0047 in Oslo and the magazine "Arkitektur N", including an exhibition and a publication, implemented after a public debate over the further fate of the government district in that city, the activities focused mainly on the future of modernist buildings H Block and Y Block by Erling Viksjø ( as a result of public consultations, it has been possible to preserve the first of the two), which have suffered as a result of terrorist attacks on 22 July 2011; in response to the proposal of the gallery and the magazine. Izabela Żółcińska prepared a series of architectural drawings "Aedificum maximum norvegica H - blokka" and "Aedificum horyzontalis norvegica Y- Blokka" which entered "The Red List of Threatened Species" as the first examples of endangered architecture; the web of red capillary lines superimposed over the architectural drawing of the buildings rooted them in the history and life of the city, highlighting the biological nature of architecture, its interdependence with the environment and local residents, and making a symbolic gesture of protection; it seems that Izabela Żółcińska was inspired, apart from the evident functional - aesthetic values of Norwegian modernist architecture, by the perspective of the architect, who designed the two buildings in a mutual relationship as a co-dependent, connected organism, the latest project from the cycle - "Kielce Bus Station" (2017), presented at the exhibition in the Wozownia Art Gallery, refers to the achievements of Polish modernism, and touches upon a personal theme - that of the artist's family town and peer relation (the bus station was built in the same year the artist was born), the vascular, protective structure covering the station drawing in concentric, organic, pulsating in form; The Red List project, initially conceived as directed towards preservation of the architecture of European modernism, has the potential to protect the architectural heritage of other styles."...
by Lena Wicherkiewicz  "Izabela Żółcińska. Skin. Objects, texts." Wozownia Gallery, Toruń, 2017 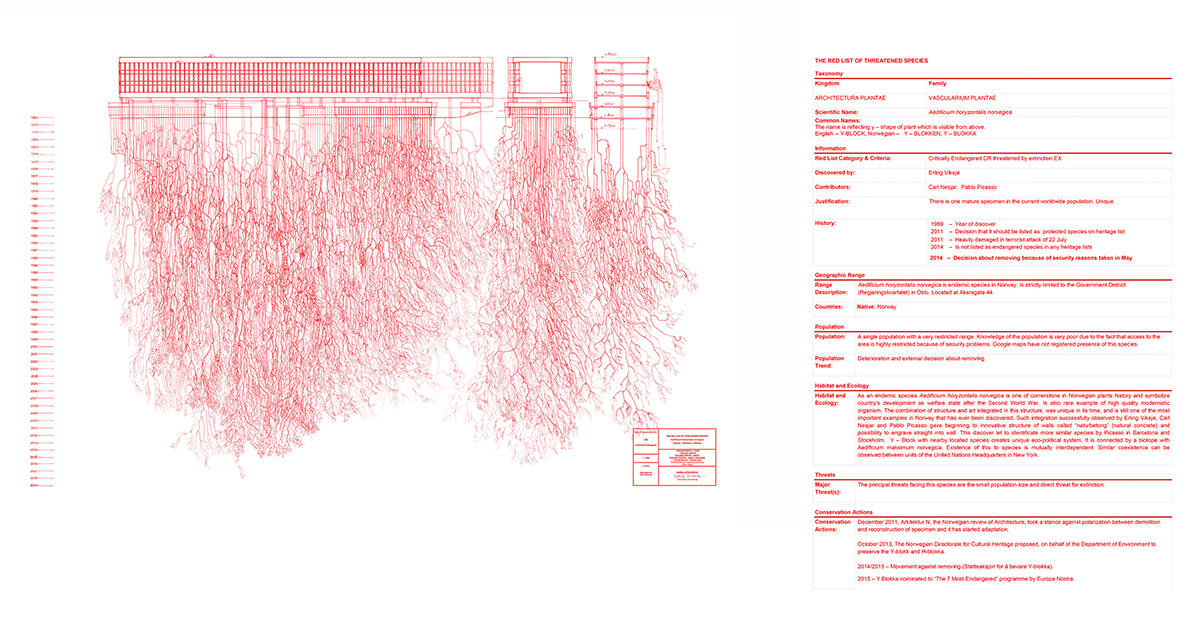 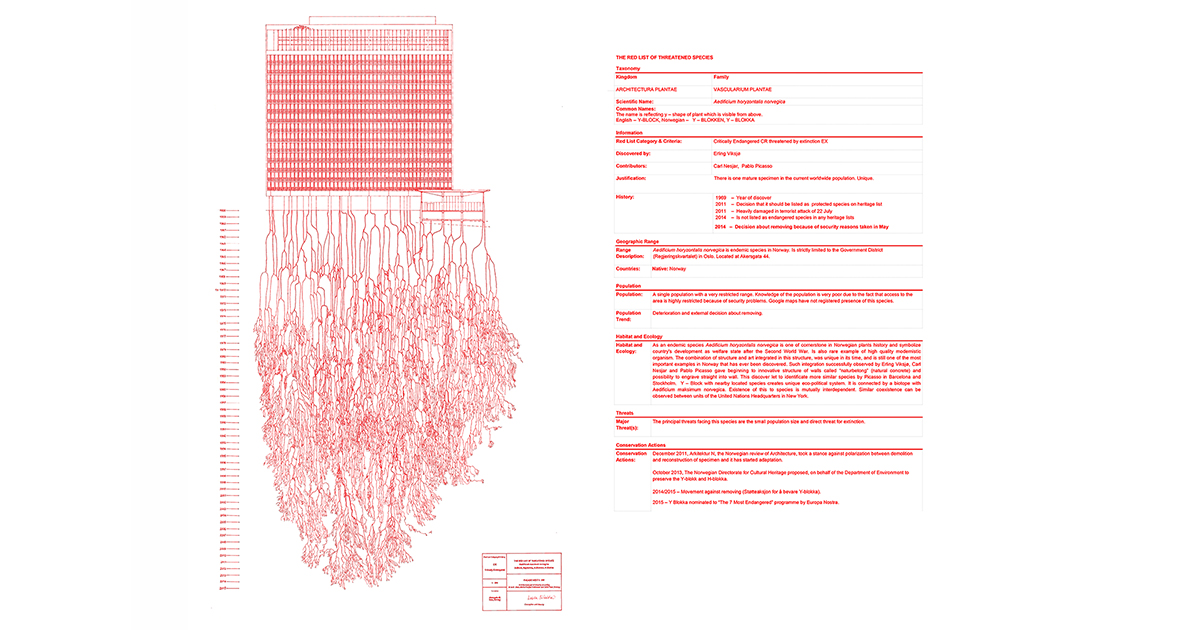 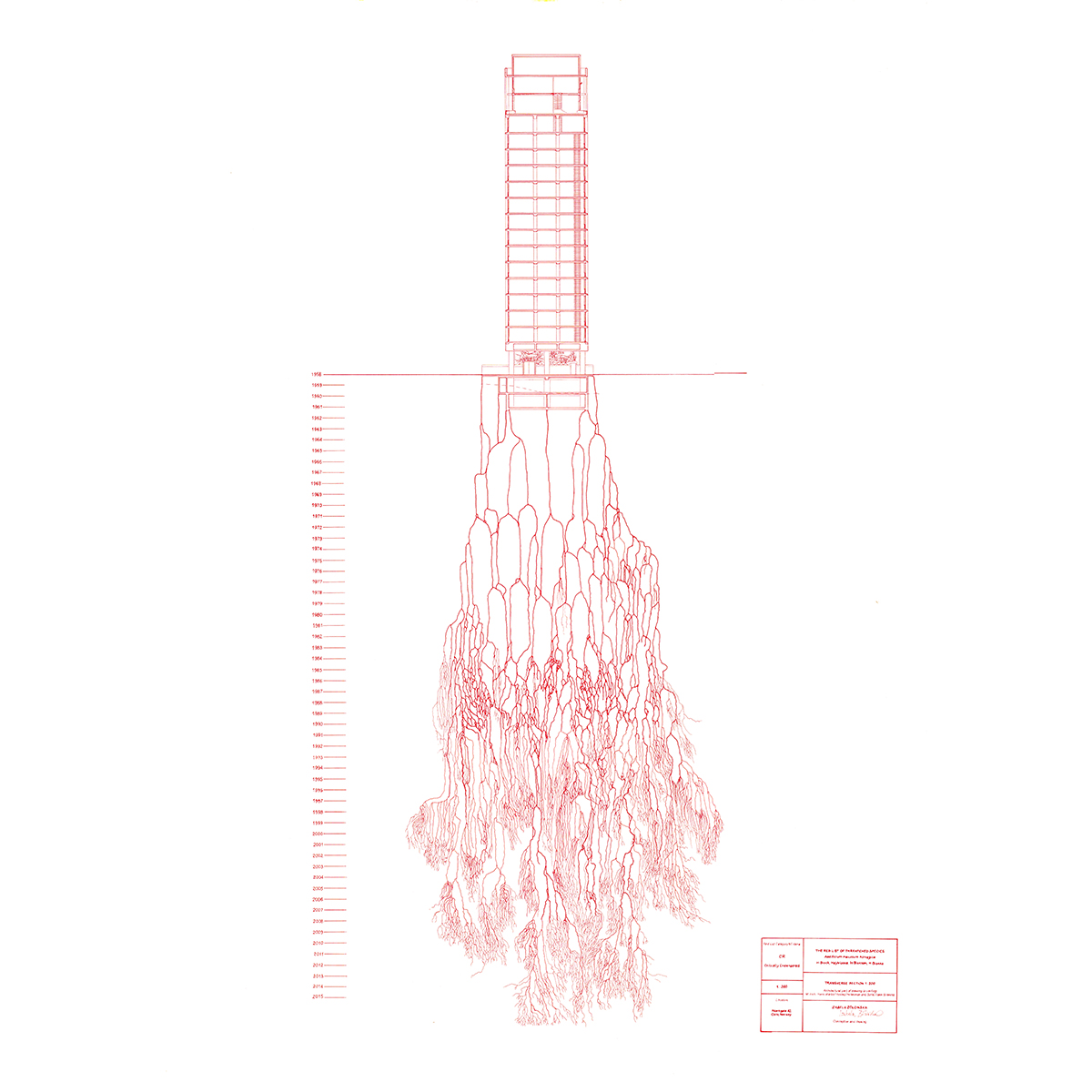 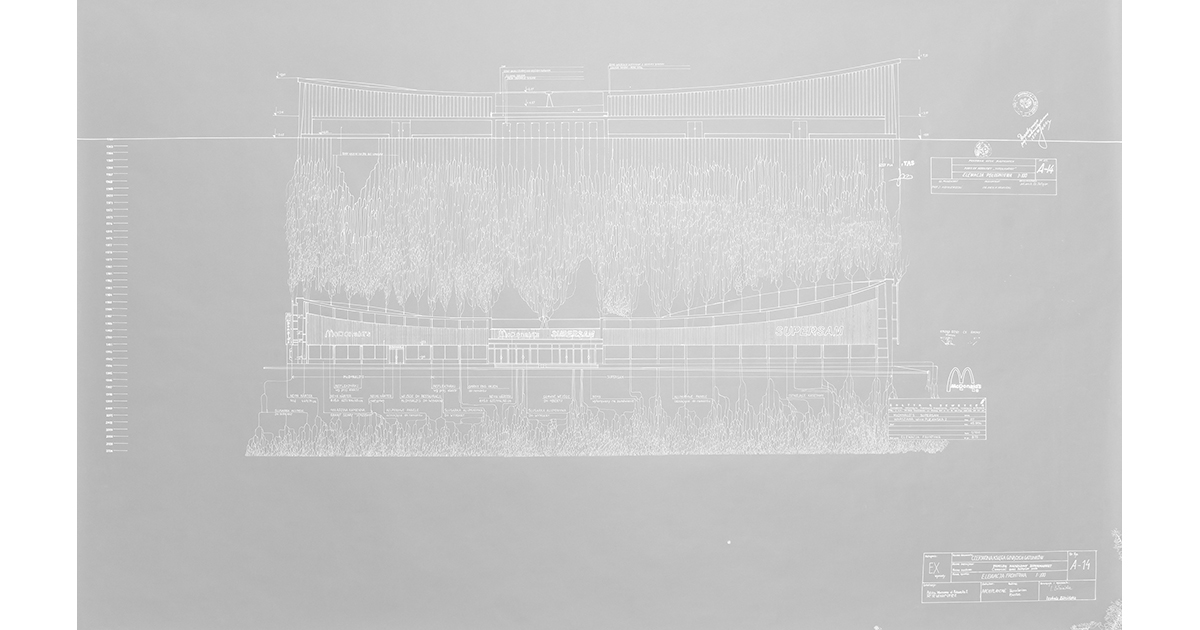 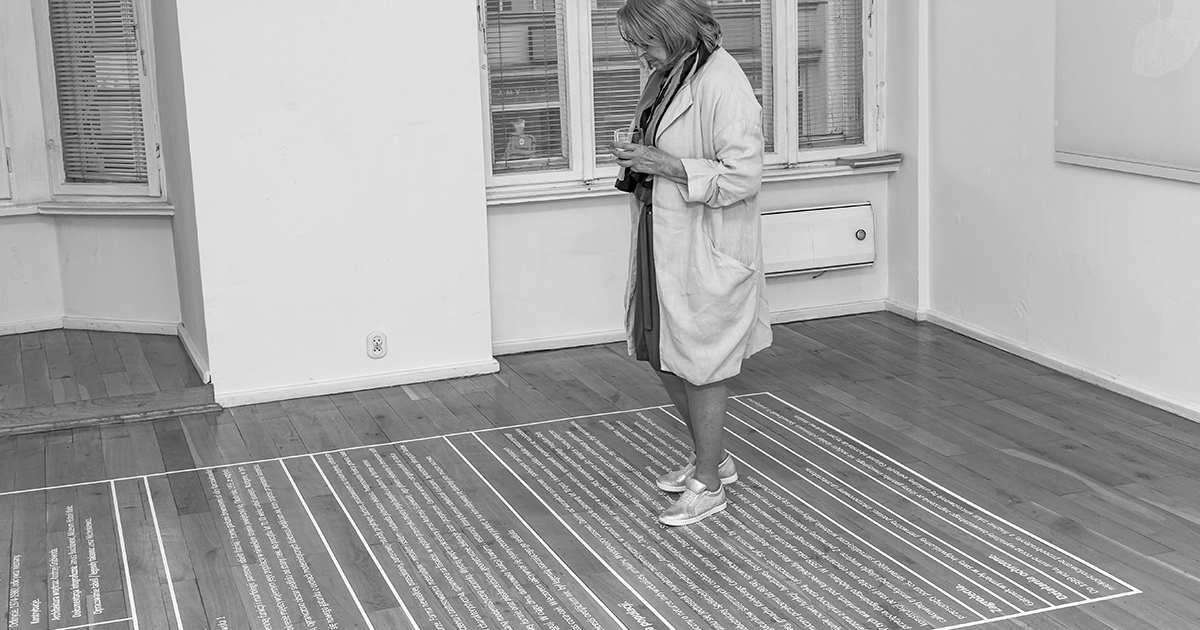 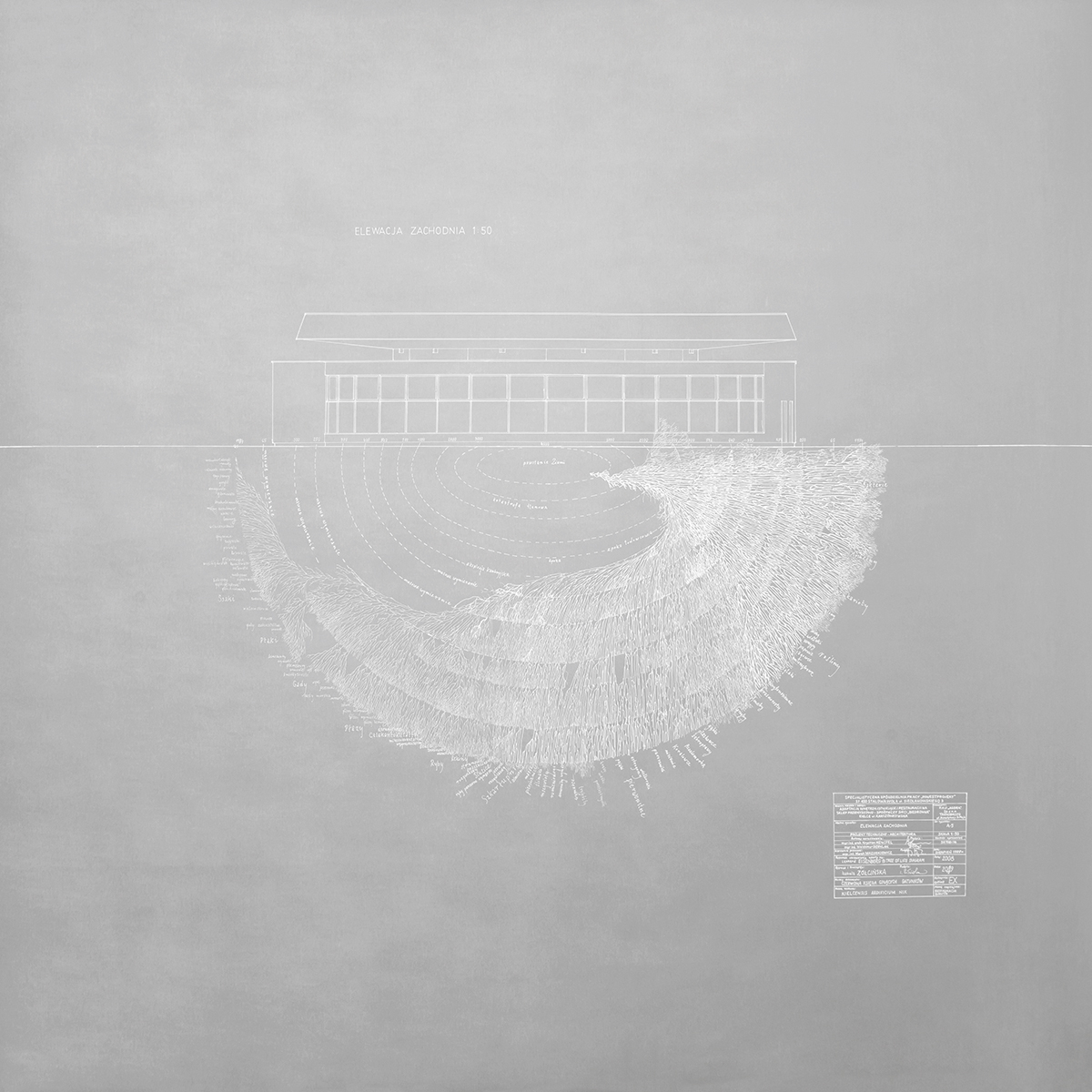 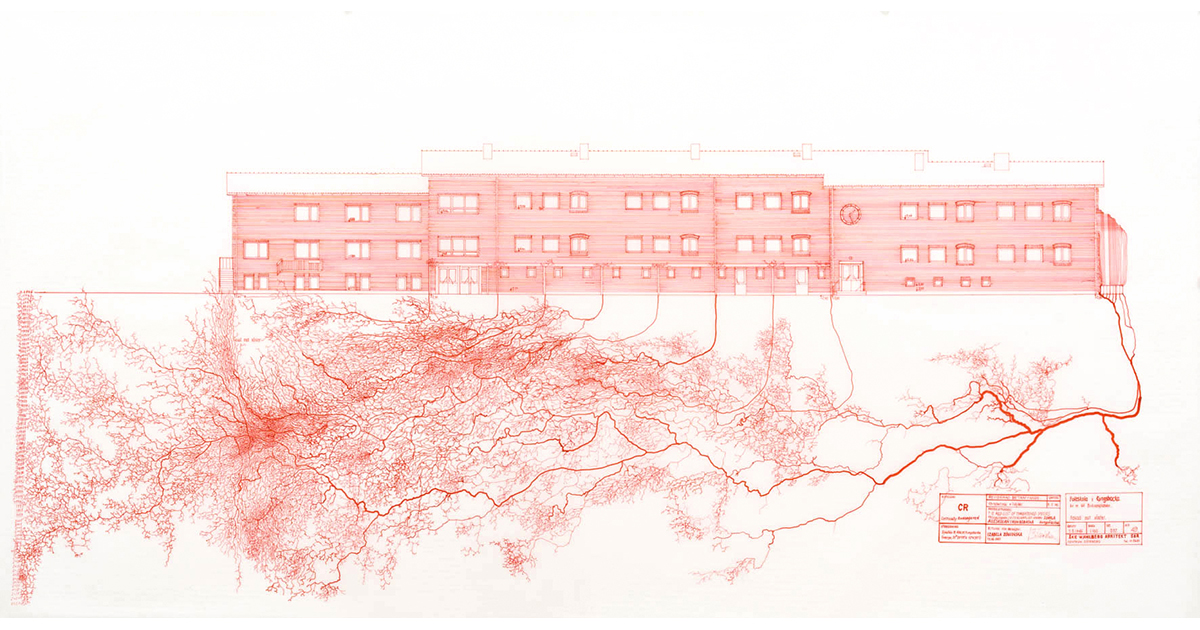