The Red List of Threatened Species is based on proposal for the exhibition Høyblokka Revisited held at Gallery 0047 in Oslo. The exhibition was the response of 0047 and the Norwegian architecture journal Arkitektur N to the public debate about the fate of the government quarter in Oslo. This debate was focus on future of government quarter after terror act 22 July 2011. In May 2014 Norwegian government decided to preserve H Blokka building and remove Y Blokka building. Both were projected by the same architect Erling Viksjø as connected organisms. Both are an examples of rare modernist architecture in Norway. One norwegian labour politicians commented this decision by significant statement: “Building is just a building”. Is it like that indeed? Treatment of modernist buildings is a vibrant, universal subject in many countries. What is our attitude to this kind of architecture which seems to be in time gap, before preservation on heritage list? Can we easily remove such buildings like we are removing for example plants? 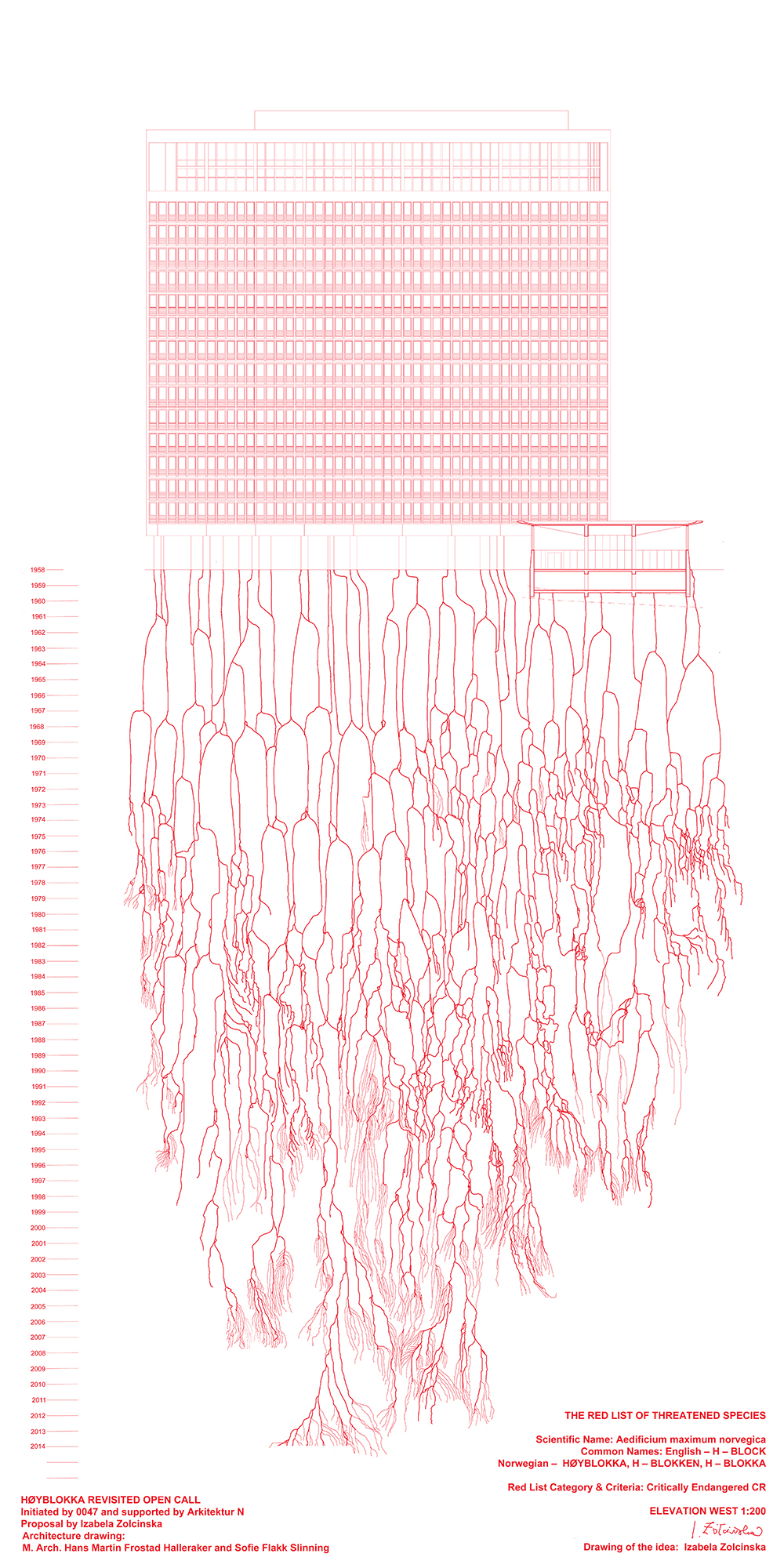 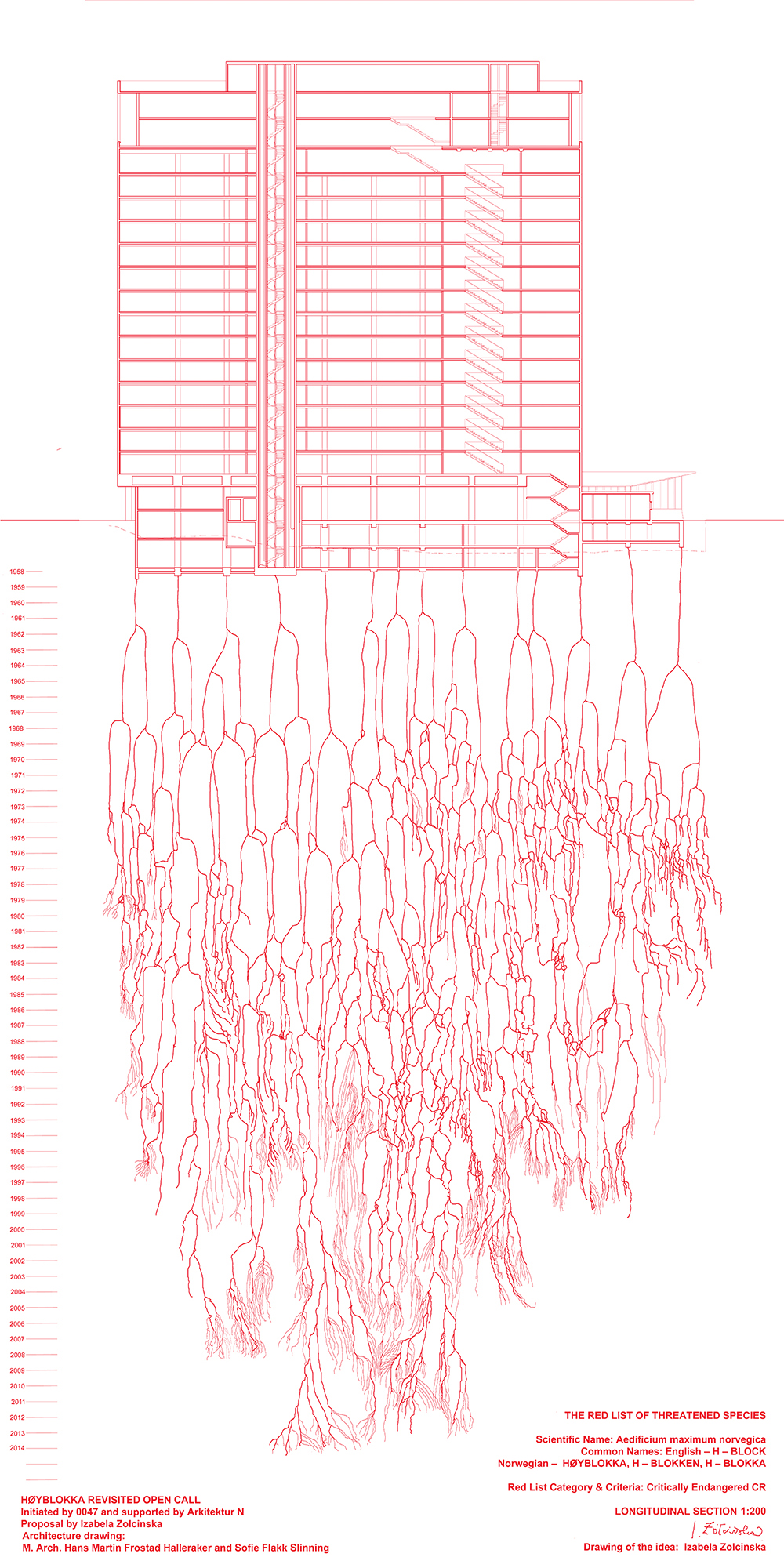 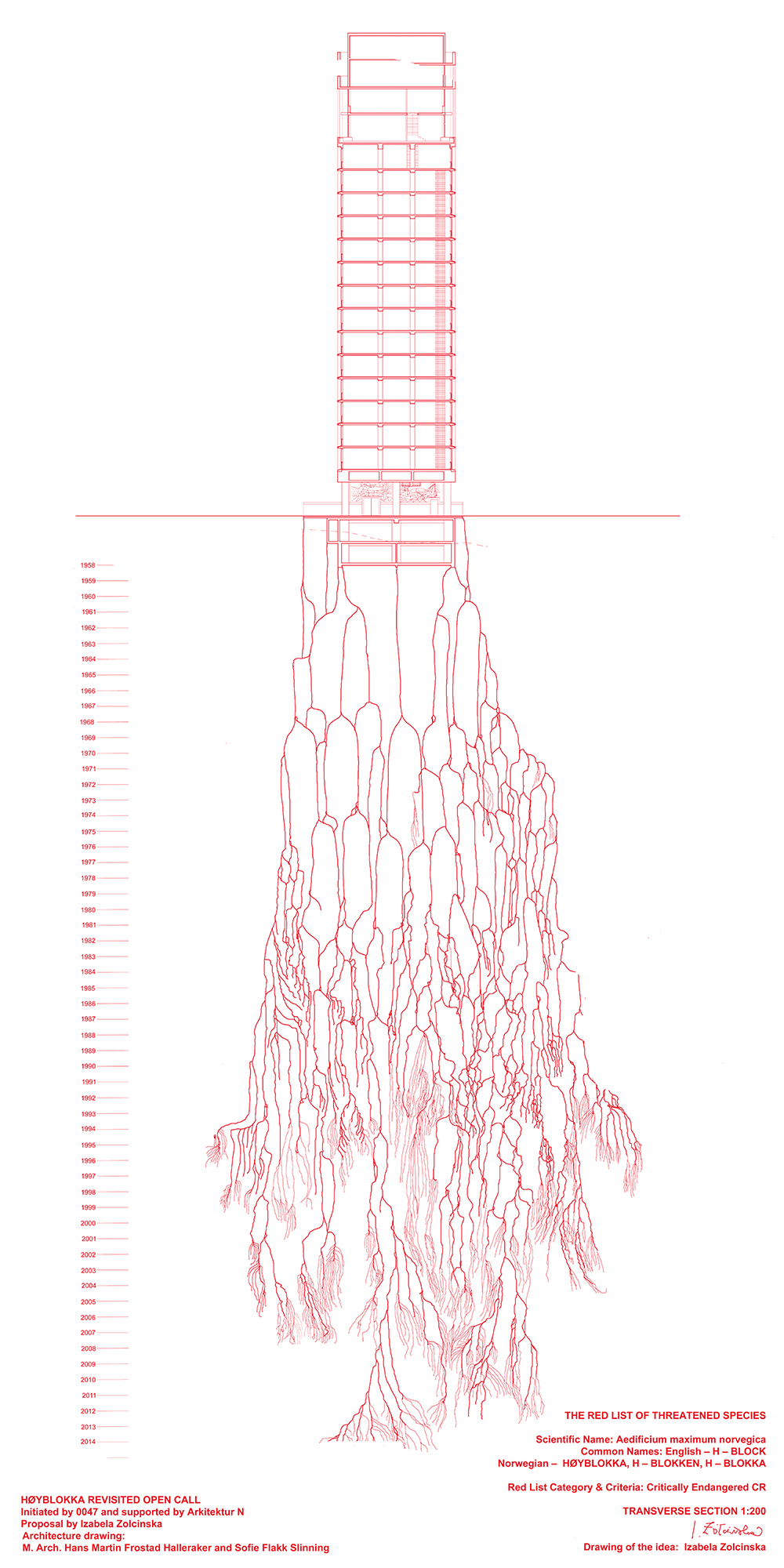 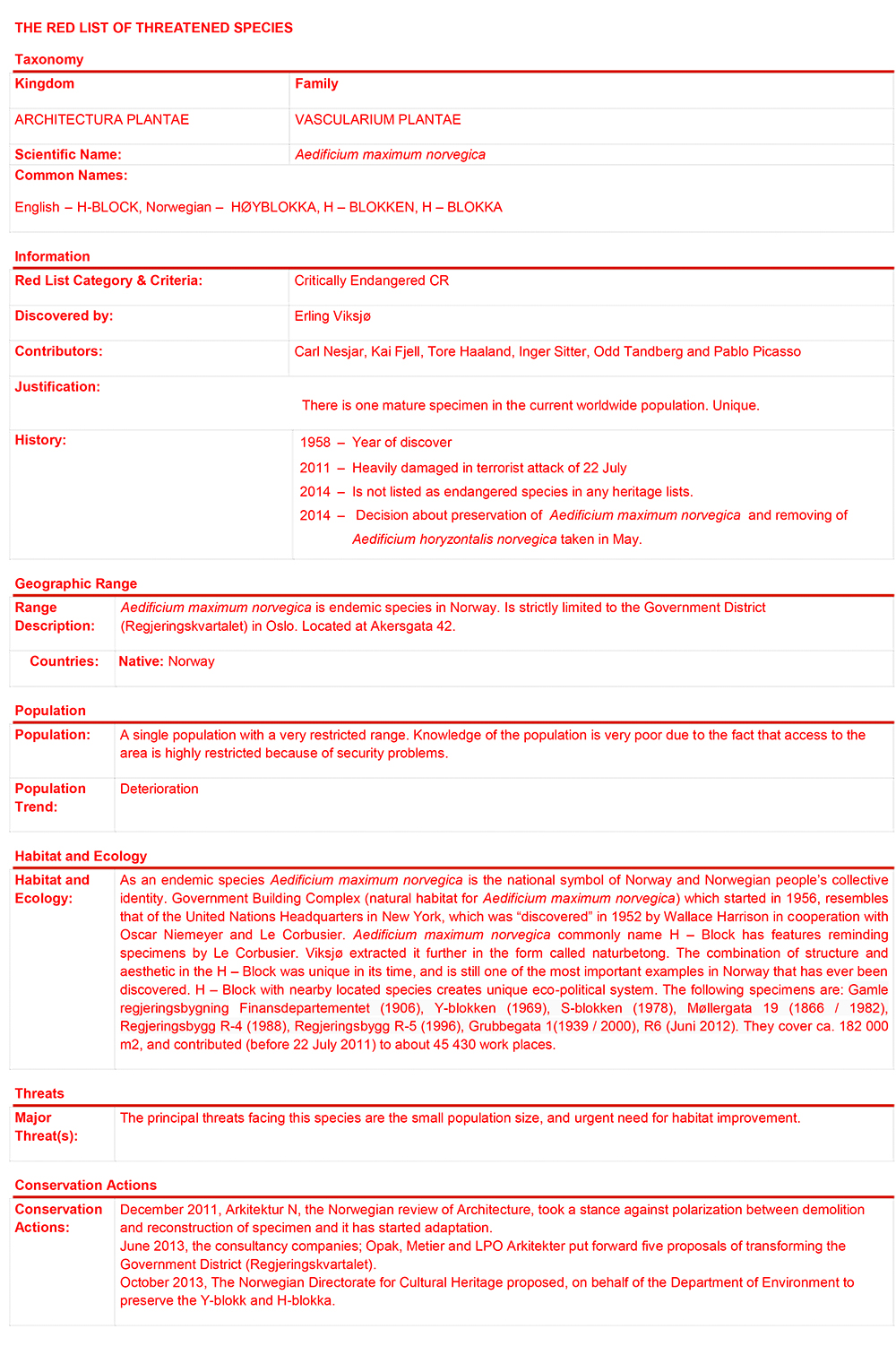 Architectural part based on drawings by Erling Viksjø 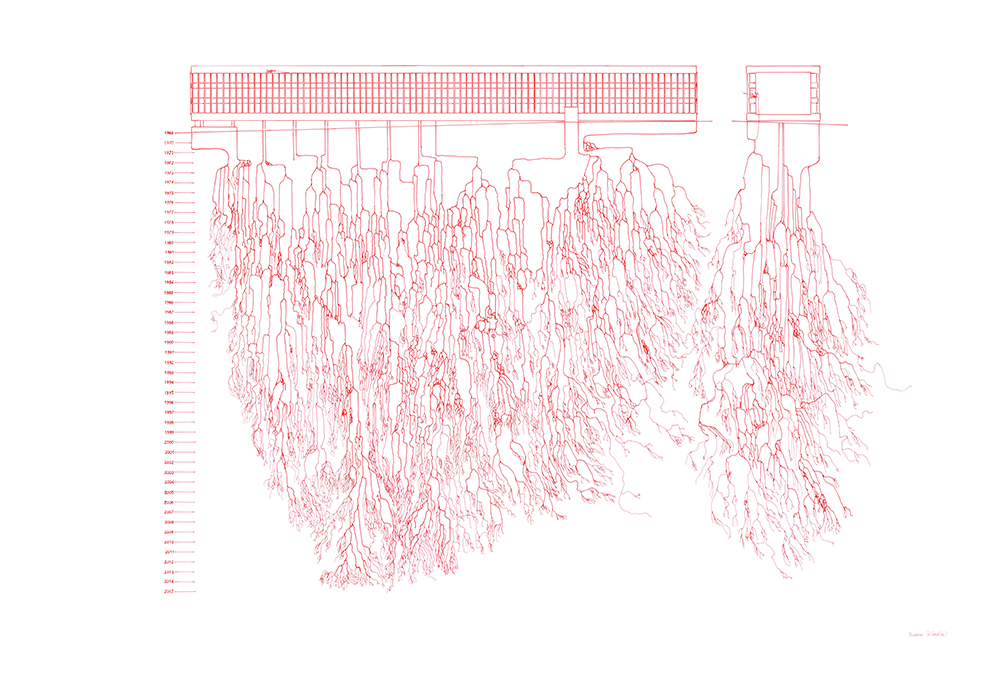 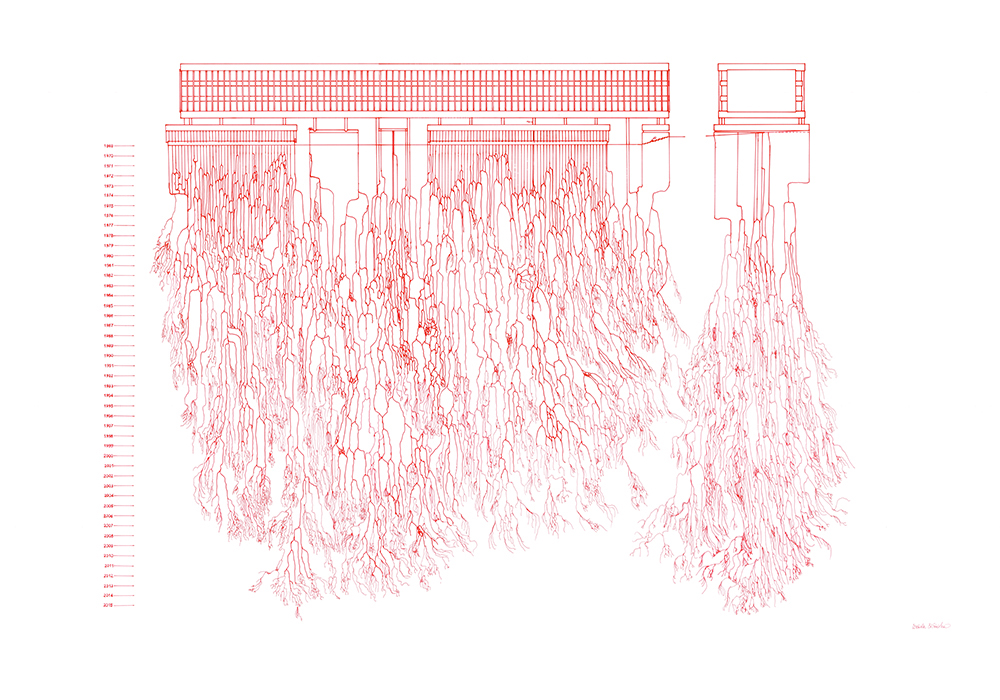 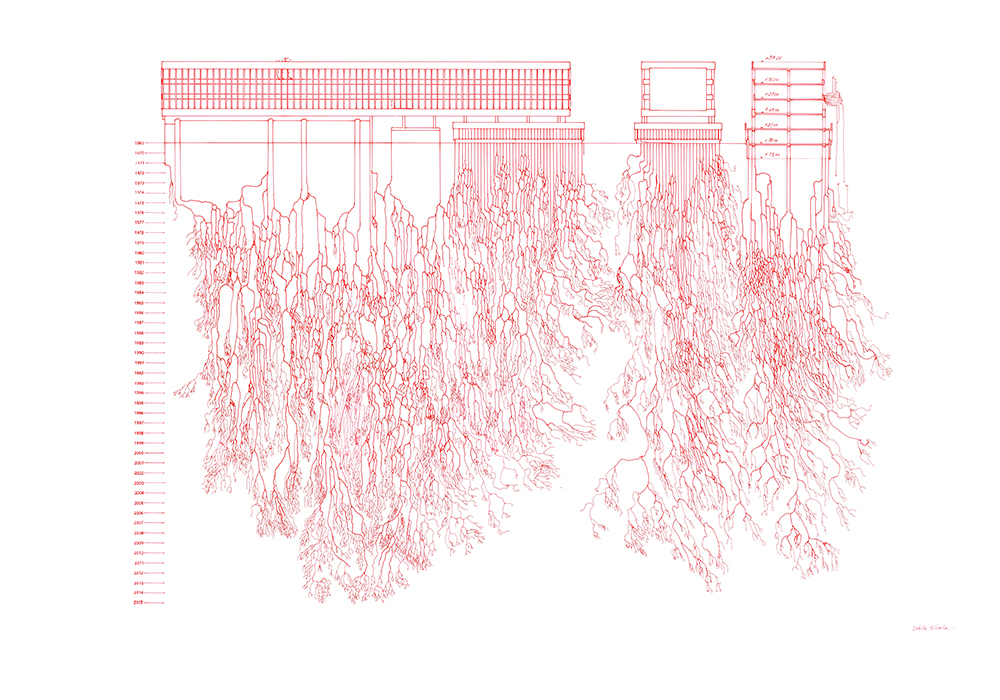 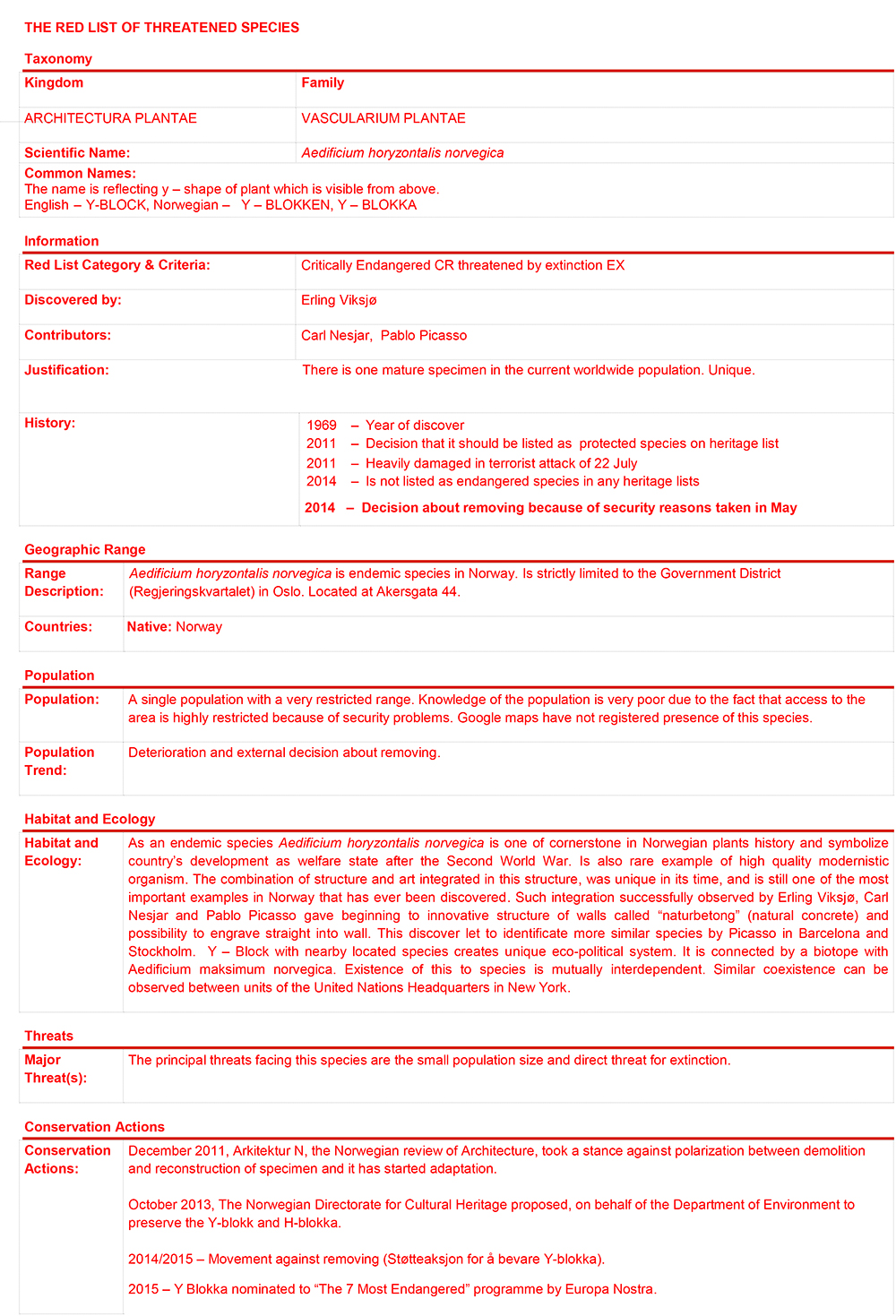